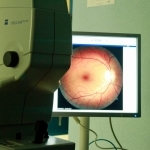 Here at SEMO Vision care, we pride ourselves on patient education. Dr. Nosacka and Dr. Hunt offer to explain your ocular conditions in a clear and concise manner. An iPad pre-loaded with educational videos on various conditions may be provided to you during your visit. We look forward to the opportunity to provide care for your eyes and vision needs. We would be delighted to have you as a patient.

The doctors at SEMO Vision care have invested in state of the art diagnostic equipment used for diagnosing and monitoring eye disease.  We keep electronic medical records on every patient and offer e-prescribing - a method of sending your prescription directly to your pharmacy. 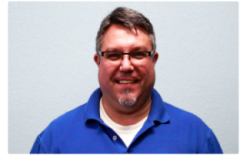 Dr. Nosacka was born and raised in New Orleans, Louisiana. You can't have a last name like "Nosacka" without being asked where it's from. Dr. Nosacka's great grandfather moved from Austria, where the Nosacka name originated, to New Orleans, LA in the 1880's. Dr. Nosacka is the third generation from his father's family to be born in New Orleans, and also the third generation of his family to graduate from Jesuit High School. His mother�s side of the family has a rich Cajun heritage going back several generations. Dr. Nosacka graduated from the University of New Orleans and then chose to study optometry at the InterAmerican University of Puerto Rico. It was in Puerto Rico that he met his wife.

After receiving his doctorate in optometry, Dr. Nosacka practiced in Lake Charles, Louisiana. During his time there, he was a member in good standing of the Optometry Association of Louisiana and the American Optometric Association. In Lake Charles, Dr. Nosacka sharpened his clinical and business skills, leading to appointment of vice-president of an optometric corporation with 18 locations across the state.

In January of 2012, he moved to Missouri to open SEMO Vision Care in Malden, MO with Dr. Kamron Hunt. With the help of Dr. Ray Bess, O.D., SEMO Vision Care opened its doors in April of 2012. Dr. Nosacka continued his membership in the American Optometric Association and immediately joined the Missouri Optometric Association (MOA). He is also an active member in the Southeast Optometric Society of the MOA, where he currently serves as vice-president of the regional society.